0
INCREDIBLE FOUNTAINS FROM AROUND THE WORLD

Earlier fountains were being used to provide drinking water to residents of cities, towns or villages. But now they are built for decorative purposes.

Some of the world’s most spectacular fountains are exceptional masterpieces of architecture and design that shape water in unique and innovative ways in order to perform exquisite displays of shapes and color. If you want to know a bit more about each one of the world’s most incredible fountains, all you have to do is have a look at our following list. Metalmorphosis is a mirrored water fountain by Czech sculptor David Černý that was constructed at the Whitehall Technology Park in Charlotte, NC. The 14-ton sculpture is made from massive stainless steel layers that rotate 360 degrees and occasionally align to create a massive head. 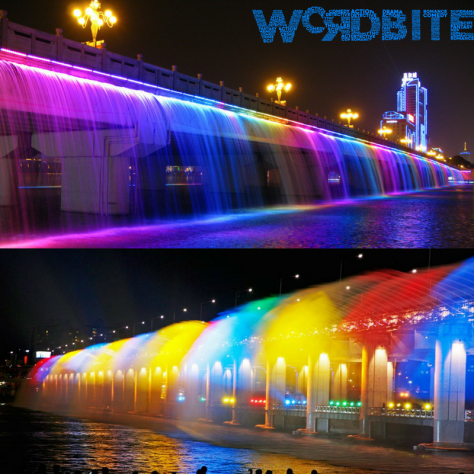 Banpo Bridge Rainbow Fountain is installed along 570m on both sides of Banpodaegyo Bridge, with 380 nozzles spraying water from the river below out into a beautiful show of water, music, and lights. The fountain is programmed to play different shows during the day and night.

Located in a theme park in the town of Wattens, near Innsbruck, Austria, this unusual fountain is part artwork and part advertisement for the Swarovski company.  The fountain consists of a large head that has shiny eyes. The head is covered with moss, making it appear as if it is emerging from the grassy hill behind the fountain.

Strategically situated on a man-made lake in front of the Bellagio hotel, these majestic fountains showcase choreographed water performances set to different pieces of music and light. 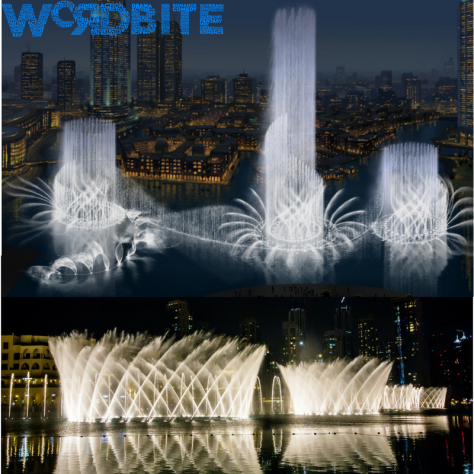 It is the world’s second largest choreographed fountain system set on the 30-acre man-made Burj Khalifa Lake, at the center of the Downtown Dubai development in Dubai, United Arab Emirates next to “The Fountain” Okada in Manila, Philippines. It was designed by WET Design. This mammoth fountain boasts of five rings of water jets that can shoot water up to a height of 50 stories. It employs 6600 LEDs and 25 color projectors that work together to display beautiful images. 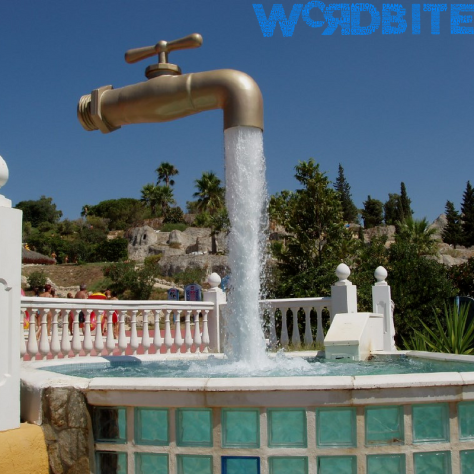 Giving the impression of a tap hanging in the air without support, this eccentric fountain is located on the Spanish island of Menorca.

The Fountain of Wealth is listed by the Guinness Book of Records in 1998 as the largest fountain in the world. It is located in one of Singapore’s largest shopping malls, Suntec City. It is situated in such a way the fountain is the hub of the shopping mall. 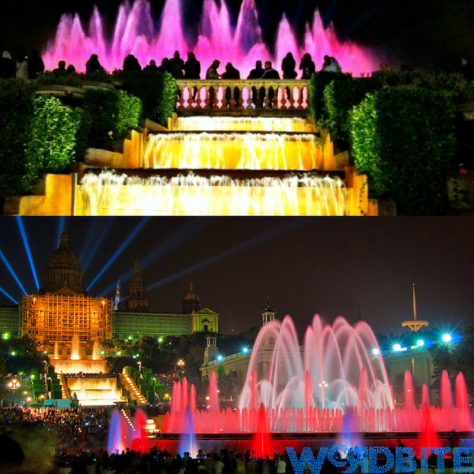 It  is a fountain located at the head of Avinguda Maria Cristina in the Montjuïc neighborhood of Barcelona, Catalonia, Spain. The fountain delivers a spectacular display of color, light and water acrobatics with musical accompaniment.